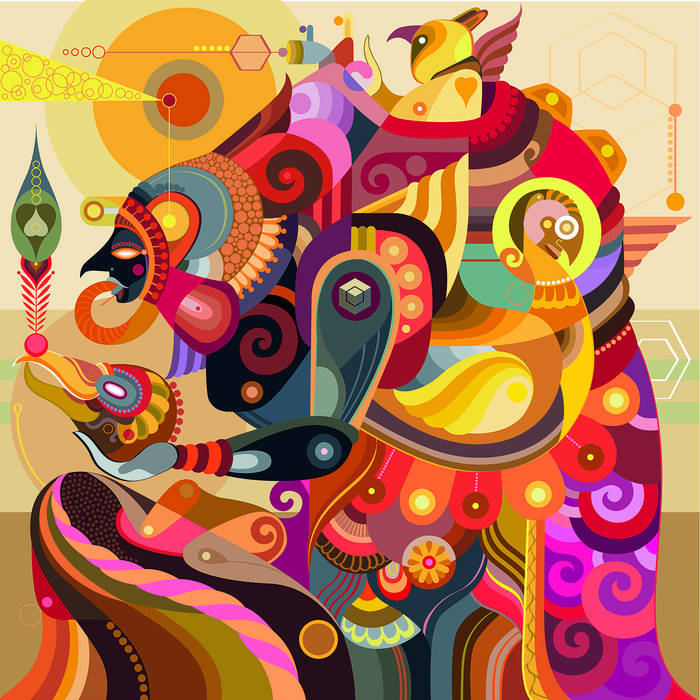 Daniel Holmes I really love these guys' style, their music is just so much fun to listen to.

neil edge Focused but somehow still experimental, this may not be their best album, but it's a close second. Favorite track: Caught On A Breeze.

Alexander Palmer Where did THIS come from?? Much as I continued to love and support TJF, they've never QUITE managed to fulfil the massive potential suggested on their promising debut, with 'Hitch' suggesting they might now be a busted flush and would perhaps never fully justify the massive love I've always had for them. But suddenly, THIS arrives... An enthused, inspired, passionate and god-damn MEATY rock album that is very probably the band's best yet, and maybe the greatest rock album of 2018. Word limit...? Favorite track: Cicada (Land On Your Back).

“AAARTH” marks a transformative, near-psychedelic rebirth that channels long-held anger, soundtracking a chaotic global period of injustice and division, setting it against a deeply poignant backdrop of personal experiences and healing. Although the album came into being as the band travelled the globe and recorded in their mobile recording studio, the music intertwines the whispering hills of Wales with the otherworldly rainbow canyons of the Utah / Arizona border. “AAARTH” unites the personal with the mythical and symbolic, as Bryan continues; “We’ve definitely made a colourful, mystical collage with this record, partly because of our surroundings. Those multi-coloured sunsets & the primeval elements of nature in the Southwest – it’s emboldened our imaginations in the songwriting and the production. I love stories and seeing symbolism and meaning change with different cultures and interpretations. I see it in my lyrics, a lot of the imagery plays on being ambivalent because I’m often expressing a lot of things at once. That’s true of the title; it falls somewhere between a scream, an exaltation, a play on words, and then this motif of the bear (“arth” in Welsh) that spiritually represents strength, wisdom & healing.”